There are only thirty-two days until the end of my 2014 beard challenge. Some days it can't come fast enough; other days I'm saddened by the dictated loss of my furry friend.

I read a tongue-in-cheek article on line about how guys with beards are just compensating for a much lacking personality. In a way, I agree. I am my beard; as of late. It's how I'm described, "the bearded one." It's how I'm classified,   "He's all beardy, he's cool."  I have also been boxed and classified as the alternative manager at work. The one employees go to when needing to talk. Not the straightlaced uptight one.

We will see how the views change when the beard gets shaved. 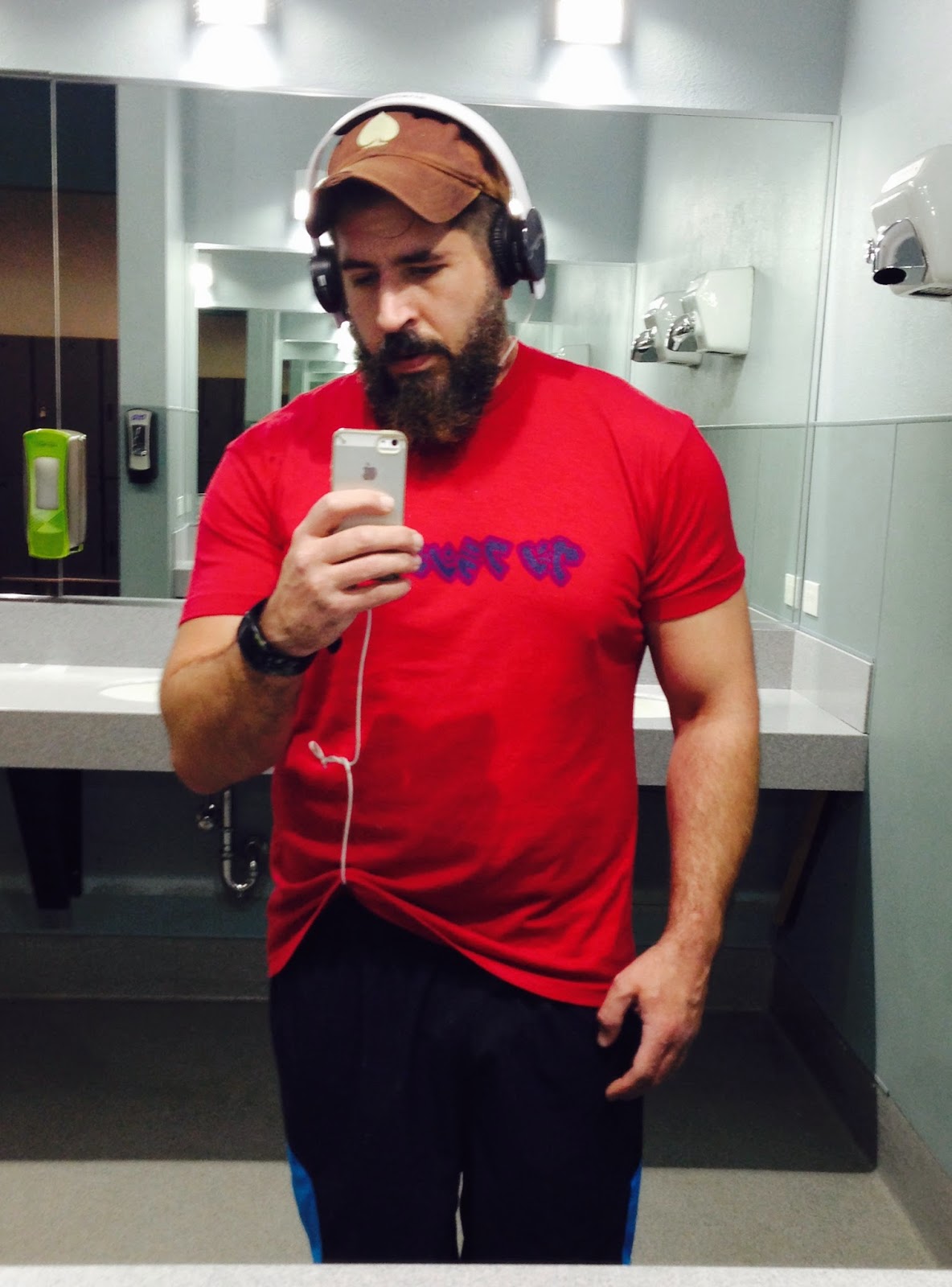 I attempted to ignore Christmas all-together this year. There were several reasons I grabbed onto in my hopes to justify this stance. The annual tradition of decorating the house and shopping for the season seemed insurmountable for many reasons.  My panic of not passing my classes this semester, the stepping away from unhealthy friendships in 2014, in addition, Fuzzy was studying to take the Real Estate Exam to become a realtor at the beginning of December. The last thing I needed was to attempt to erect a pine tree in the living room with  Mr. Grumpy all wigged out about National tax assessments in the real estate market.

I found an easy excuse to avoid the annual cookie baking day, an event with my friend's Frank and Michelle, due to the moving to Denver of the Olympic swimmer. As you may have read earlier, I have started to date a Ginger. The Olympic swimming Intern. He completed his internship and landed a choice position at a local University. Meaning, that he was able to move to Denver and begin to date this beardy old man. Not sure why, maybe he's working out bad karma from a previous life. But, he's my puppy, and we'll see what happens.

All this being said, Christmas morning was insanely surprising to me. I had shut out any expectations; any belief that joy would come this season. Not that I was negative about the topic; not at all. Just blocked it out of my view, and consciousness. A perception filter allied to avoid let-down. Yet, Christmas found me anyway.  Fuzzy and Jim, the Ginger-Swimmer and I had what I will remember as the best Christmas ever. The focus was not on gifts, nor the forced march to families houses. It was a peaceful day, of unconditional love surrounding our foursome.  We never even turned on a television or other distractions. We played with our gifts and watched the late afternoon snow fall.

I am the most jaded homo you'll ever meet. But, yesterday was the gift I truly needed. The gift of re-igniting the pilot light to my faith in friends and friendship.

It was a close call. My grades this semester, that is. After bombing my history mid-term, I began to doubt my ability to even pass the class. Thankfully, the final exam was more in tune with what I had been studying, and what I knew already. The final had an essay question, "Name the two major architecture styles of the high Middle Ages?" Every gay-nerd worth their salt can easily answer that. It's the sub-text to every Masterpiece Theater costume drama ever shown on PBS. I wrote of the Gothic style thinking of Pride and Prejudice, my very first classic I watched in my bedroom at ten years old.  Where as, writing about the Romaneque architecture style brought me to the Mystery! mini-series Cadfael.
Nerdy and gay, awarded me a passing grade, on the final, and the class. That was a close one. As much as I complained, I learned more in this class than any I've taken in the last twenty years. Just name a Pope and I can spew forth what dickish ass-hattery he did to destroy countless lives in the world. Now that's the kind of parlor trick that will get me invited to countless holiday parties this season.
Posted by Nice to see StevieB at Saturday, December 13, 2014 4 comments:

WHAT THE F*#K DO PENGUINS HAVE TO DO WITH CHRISTMAS!?!? 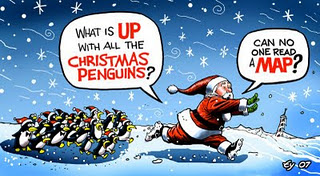 Have you seen the inflatable, glowing Christmas crap that everyone displays on their front lawns? Big billowing snowmen, elves, and insidiously happy penguins. Seriously, What the heck to penguins have to do with Christmas?

At night it’s quite a cute little scene. A winter wonderland all blown up and bopping around to the forced air whooshing up their butts. During the day it’s another story, driving through any upscale neighborhood it's a reenactment of Jim Jones goes to Christmas town. Dead, flat elves and snow people scatter the lawns like a mass suicide cult hit the North Pole. A massacre of merriment. One half-inflated penguin dragging its self off the lawn coughing out,  I only live in Antarctica and parts of South America why am I even here? 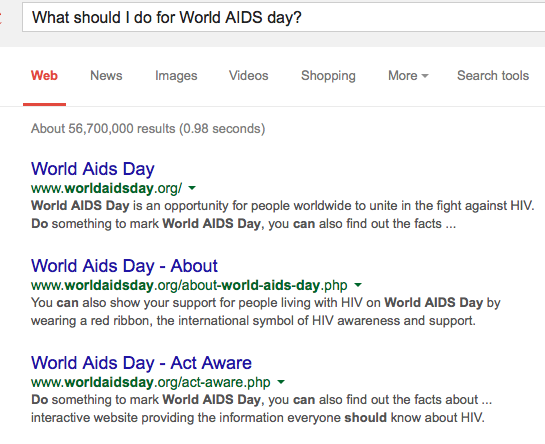 What should you do today?

No seriously, what could you do today?

I've had several conversation with my young employees after hearing comments about the police officer killing Michael Brown in Ferguson, Missouri. The comments came from a place of having no perspective of involvement. One young girl, didn't even know a black person. She asked why "they" don't just get over it. I challenged her to read Dr. King's  Letter from a Birmingham Jail If she read it and could have a conversation about Ferguson with me, I'd take her to lunch. We'll see.

But, I was that girl. Even with the "+" sign around me in my life. I woke up today with out thinking what I was going to do to honor World AIDS Day. That's why I challenged myself. What am I going to do about it? Well, according to a Google search, World AIDS Day.org says it's an "opportunity for people worldwide to unite in the fight against HIV, show their support for people living with HIV and to commemorate people who have died."  So I will start with remembering my fallen.....